Above: The CTA Observatory (CTAO) consists of two array site locations — one in Chile and one in La Palma — and three office locations — the CTAO Headquarters (interim) and Science Data Management Centre in Germany and the local office (and future site of the headquarters) in Italy.

On 13 June 2016, the CTA Observatory (CTAO) Council selected Bologna as the host site of the CTAO Headquarters and Berlin-Zeuthen for the Science Data Management Centre (SDMC), among five site candidates (read press release).

The CTAO Headquarters in Bologna will be the central office responsible for the overall direction of Observatory operations. Approximately two dozen personnel will provide technical coordination and support, and the main administrative services for the governing bodies and users of the Observatory. The headquarters will be located within the Istituto Nazionale di Astrofisica (INAF) premises in a new building shared with the Bologna University Department of Physics and Astronomy. The Bologna office opened in early 2017, but the Heidelberg office will remain open until the final legal entity for the CTAO, a European Research Infrastructure Consortium (ERIC), is established.

The Science Data Management Centre will coordinate operations and make CTA’s science products available to the worldwide community. An estimated 20 personnel will manage CTA’s science coordination including software maintenance and data processing for the Observatory, which is expected to generate approximately 100 petabytes (PB) of data by the year 2030. The SDMC will be located in a new building complex on the Deutsches Elektronen-Synchrotron (DESY) campus in Zeuthen, which is conveniently located just outside Berlin. 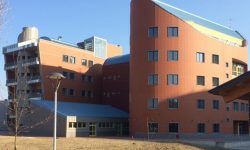 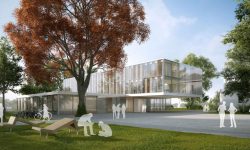 In July 2015, CTA entered detailed hosting contract negotiations with the European Southern Observatory (ESO) for the southern array site near Paranal, Chile, and the Instituto de Astrofisica de Canarias (IAC) for the northern array site in Villa de Garafia on the island of La Palma in the Canary Islands. The hosting agreements with IAC and ESO were signed in September 2016 (read the press release) and December 2018 (read the press release), respectively. The site decisions were made after years of careful consideration of extensive studies of the environmental conditions, simulations of the science performance and assessments of construction and operation costs. Click below to learn more about the sites.