Cecilia Payne-Gaposchkin: The Woman Who Discovered What Stars Are Made Of 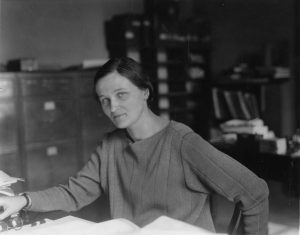 “The stars in the sky – what are they made of?“

This is a question that probably most astronomers and astronomy enthusiasts have heard, and that must have been asked countless times throughout all human history. Some of the most fascinating mysteries in 21st century physics, those about the origin and the composition of the cosmic rays, and about the nature of the dark matter, are coming from the very same human trait of curiosity: to find out what all the objects in the Universe consist of.

And while today we are still working on the answers to the questions about the dark and energetic Cosmos, eagerly awaiting more powerful observatories like the CTAO, for the stars themselves the answer has been found. It was given by one of the most brilliant astronomers of the 20th century, Cecilia Payne-Gaposchkin, who in the process of finding the solution to this, and other scientific mysteries, had to prevail against an environment that was heavily discriminating against women, and who, in defeating prejudice and gender discrimination, became a role model and beacon for young scientists to follow in her footsteps.

An excellent student from early on, Cecilia Payne was awarded in 1919 a scholarship to study at the prestigious Cambridge University. Pursuing physics and chemistry there, her interest in astronomy was kindled among others by Arthur Eddington. Despite being a very good student, Payne was not awarded a formal degree, as for women this would still be impossible for nearly two decades at Cambridge University at that time. Already then, however, there were a few programs in the world to foster the careers of female scientists. One such program had been initiated at Harvard College Observatory, and Cecilia Payne in 1923 became the second scientist that came to Harvard on the fellowship awarded by this program. As time would tell, she was to make some of the greatest astronomical discoveries of the 20th century at Harvard, while at the same time the fellowship would still not grant her equal treatment with her male colleagues. This is a lesson that we as a community could have learned countless times: support for careers is instrumental, but what really needs to change are our attitudes. 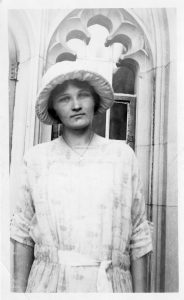 Payne’s primary research interest at that time was in the atmospheres of stars and their chemical composition. Scientists had for long identified distinct absorption lines in the spectra of the Sun and other stars. Lines, that to a chemist or physicist are what the lines of a fingerprint are to a criminologist: giveaways that enable a unique identification, in our case of the very elements the stars are made of. The prevailing paradigm at that time was one that may come intuitively: that the composition of the stars, and by extension most matter in the Universe, should be very similar to the abundances observed here on Earth, the only place we can study in great detail. In other words, that the stars should predominantly be made of elements like silicon, oxygen, iron, calcium and sodium. And indeed, those ideas seemingly had one strong argument in their favor: for example, looking at the spectra of many bright stars, the lines of silicon seem to be present in about the strength one would naively expect from their abundance on Earth. Many scientists at that time, including the adviser of Payne during her PhD thesis, Henry Norris Russell (by Hertzsprung-Russell-Diagram fame) thought the case settled. Not so Payne, who by scientific curiosity and intellectual brilliance was able to see beyond the obvious. Using then-new ideas about the ionized states of matter, in her PhD thesis she was able to show without any scientific doubt that the strengths of the absorption lines betrayed much more about the states of ionization of the atoms, than about their relative abundance. Taking this into account, the spectra told a different story: the vast majority of the mass of our Sun, and nearly all stars, consists of elements that are much less abundant Earth’s crust: Hydrogen and Helium. The Earth, in a way, had again been intellectually moved from the center of the Cosmos: neither did the Sun orbit the Earth, nor were the stars even made of the same stuff we are!

Sadly, Payne was initially declined the accolade and admiration of colleagues that should be expected to come with such a monumental discovery, one that should secure her a place in history at the sides of Copernicus, Kepler and Einstein. Russell, not able to overcome long held beliefs, lobbied Payne into a form of scientific self-denial, by noting in her thesis that although her calculations yielded the very results she showed, they seemed to be in contradiction with the obvious. Only towards the end of the 1920s it became more and more acknowledged where the real contradiction was: by those well-established men believing in their worldview above the facts uncovered by a young and brilliant colleague. And despite this and several more seminal contributions by Payne-Gaposchkin to astronomy, it would take until 1945 for the courses she taught at Harvard to become part of the official course catalogue, and until 1956 for her to become the first female full professor at Harvard.

So, while every day on which we study the composition of the Universe and all the extreme objects it contains we are remembered that all of us are standing on the shoulders of scientific giants like Payne-Gaposchkin, at the same time we must remember the hardships she and others had, and sadly still have, to endure by not being given the equal respect and standing among colleagues that should come with excellent scientific work. Changing the attitudes of humans seems to be at least as difficult as understanding the composition of the Universe.

———-
Recommended reading by the author:

– “What Stars Are Made of: The Life of Cecilia Payne-Gaposchkin” by D. Moore and J. Bell Burnell