Written by Marianna Giustino, MSc. Student in Physics at the University of Trieste and student of the Collegio Universitario Luciano Fonda (Italy).

Imagine being a Chinese woman born in 1912, at the very beginning of the Xinhai Revolution. Imagine being highly interested in poetry and science but not being allowed to attend any school. This is the context in which Chien-Shiung Wu, the “Queen of Nuclear Research,” was born.

In a dark time for women’s emancipation, Wu was lucky because she lived in a rare spot of light: her mother was a teacher, her father was an engineer and they both strongly believed in gender equality. In particular, her father founded one of the first schools for girls in Jiangsu and he encouraged girls, including his daughter, to join. At the age of 10, Wu had to move to Shangai to continue her studies. In 1929, she was admitted to the Central National University, where she graduated in Physics with the highest honors in 1934. 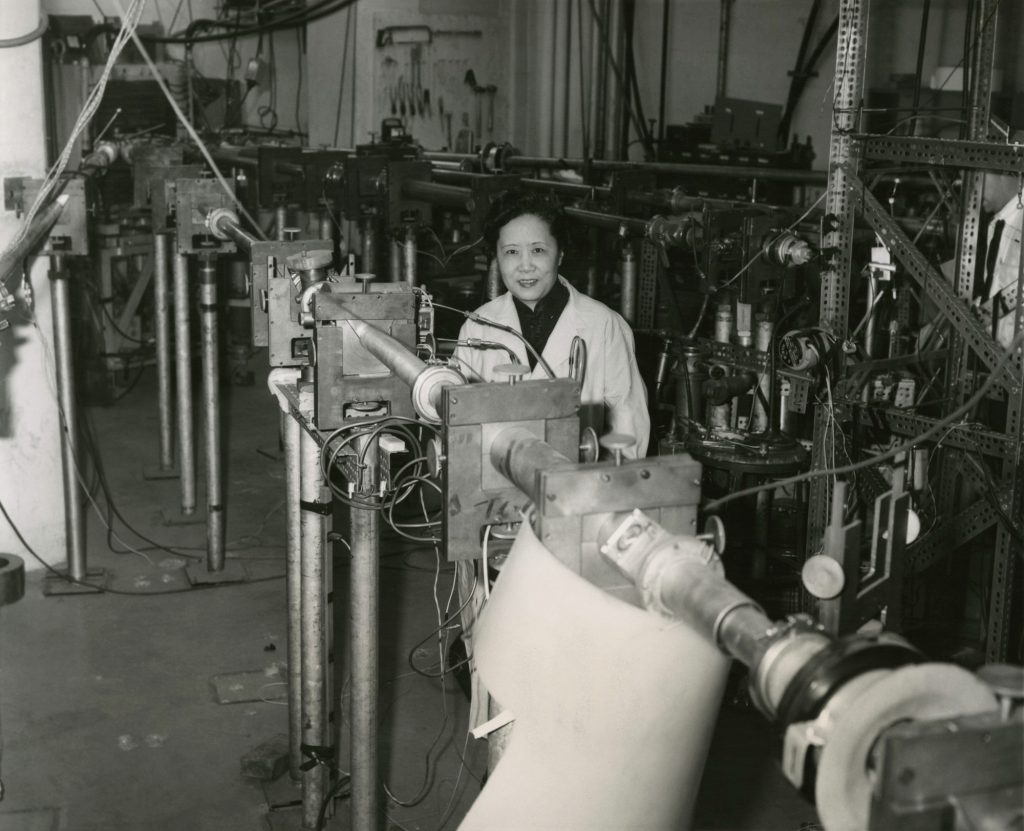 In 1936, thanks to the economic support of her uncle, Wu moved to the United States after the University of Michigan offered her a scholarship to earn a PhD. Nevertheless, she became attracted to the facilities at Berkley, which hosted the first cyclotron. Thus, she enrolled at the University of Berkley as soon as Professor Lawrence, amazed by her talent, offered her another scholarship for a PhD in Nuclear Physics. She obtained the PhD in Physics in 1940.

In 1942, Chien-Shiung Wu married Luke Yuan, Professor Lawrence’s student, and moved to Princeton. There, she had to face the America of that time, where women were not allowed to teach in most universities. Again, Professor Lawrence played a fundamental role in Wu’s life: he recommended her to many prestigious universities and, in the end, she became first woman hired as a faculty member by Princeton’s physics department.

During the years that followed, Wu collaborated with prominent and established scientists such as Robert Oppenheimer and Emilio Segrè. The latter made possible a meeting between Wu and Enrico Fermi, who asked her to participate in the Manhattan Project at Columbia University, focused on the process of uranium enrichment. In 1944, she joined the Columbia University in New York City.

It was at the Columbia University where Wu would carry out what would later be one of her greatest legacies: the Wu Experiment. In 1956, and after a review of some experimental observations regarding new particles, the theoretical physicists Tsung-Dao Lee and Chen Ning Yang proposed that, despite what happened with the other fundamental forces in Physics, the conservation of the so-called “parity” was violated in the weak interactions, responsible for the radioactive decay in subatomic particles (this force plays a fundamental role in the nuclear fusion that takes place, for example, inside stars). In order to demonstrate the theory, it was necessary to execute a challenging experiment. Professor Lawrence, who once described Wu as the most talented female experimental physicist he had ever known stated, “She would make any laboratory shine!” This reputation is why the two scientists asked Professor Wu to deal with the experiment. Parity implies that the properties of a system in a frame of reference keep unchanged in the frame of reference mirrored with respect to an axis. Wu’s experiment spun radioactive cobalt-60 nuclei at temperatures close to absolute zero (-273.15 ℃), aligned within a uniform magnetic field. In doing so, the cobalt is transformed into another element through the emission of an electron, process known as beta decay. If parity was preserved, the electrons would shoot off in a certain direction. If, on the contrary, the electrons did not follow the predicted direction, parity would not be conserved. The experiment proved that they did not, therefore the violation of parity was demonstrated for weak interactions.

It was a revolutionary result for Nuclear Physics. In 1957, Lee and Yang received the Nobel Prize for “their penetrating investigation of the so-called parity laws which has led to important discoveries regarding the elementary particles,” while Chien-Shiung Wu was overlooked by the prize committee. Nonetheless, in 1978, she won the first Wolf Prize in Physics “for her persistent and successful exploration of the weak interaction which helped establish the precise form and the non-conservation of parity for this new natural force.”  The Wolf Prize is considered one of the most prestigious awards in various fields, including Physics, in which only two of the 68 laureates since 1978 have been women. 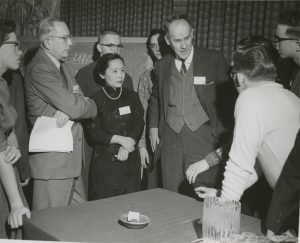 She retired in 1981 and became a professor emerita at the Columbia University. After that, she travelled around the world to talk about how dedication and determination allowed her to become part of something that is still a highly gendered field. In this way, she became an inspirational figure for girls and women all around the globe.

Wu teaches us that in STEM, as well as in every field, we always have to be ourselves, to show ourselves as we excel and to fight for our rights so that our capacities and the value of our work are the only parameters on which we can be judged.

Wu suffered a stroke on 16 February 1997, in New York City. In accordance with her wishes, her ashes were buried in the courtyard of the Ming De School, the one that her father had founded.