During the week of 14 May, the CTA Consortium held its bi-annual meeting in France on the campus of Orsay, south of Paris. More than 260 scientists and engineers attended the gathering, joining ten different parallel sessions and a plenary session over the course of the week. The event concluded with two hands-on sessions on software tools and the meeting of the Consortium Board.

The picture above shows the happy crowd of CTA Consortium members during the sunny gathering in Orsay. This was the first meeting that was attended by Federico Ferrini, the new managing director of the CTAO gGmbH, who presented together with the Project Manager Wolfgang Wild a clear path forward towards the construction of CTA. This path goes through a harmonisation and simplification process of all CTA systems, ensuring that CTA can be effectively built and efficiently operated. All CTA Consortium members are looking forward to moving quickly through this process, entering the construction phase as soon as possible and realising the dream of a unique astronomical observatory for very-high-energy gamma rays that was initiated more than a decade ago. 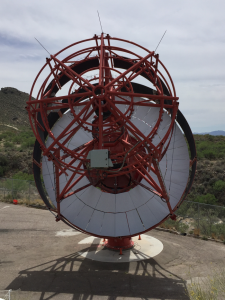 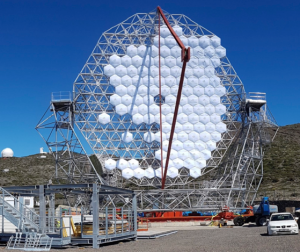 Important progress was also reported on the development of software tools, and the results of the first analyses of prototype telescope data using a prototype of the CTA processing pipeline were presented during the meeting. Tests of the existing software tools for end-user science analysis, using data from the first CTA Data Challenge were also discussed, showing that the tools live up to expectations.

The Analysis and Simulations Working Group reported about their important efforts in updating the Monte Carlo model, preparing for the verification of the telescope and camera designs. Further priorities for this year presented at the meeting include the use of the prototype CTA processing pipeline for the production of Instrument Response Functions, the development of analysis benchmarks and the study of systematic uncertainties. In addition, the divergent pointing mode, the use of Machine Learning in the processing pipeline, and the overall data reduction are also under study.

The Science Working Groups presented the progress on the analysis of the first Data Challenge, with a highlight talk on the production of source catalogues from the Galactic Plane Survey, which is one of the Key Science Projects of CTA. Further priorities for this year include the writing of Consortium publications, the fostering of the multi-wavelength and multi-messenger connections, and a re-assessment of the Key Science Projects.

Besides all the interesting scientific and technical discussions during the meeting, the meeting attendees also gathered for two social events in special locations: a welcome cocktail in a decommissioned nuclear reactor at CEA in Saclay (see left picture below), which also provided the opportunity to visit the NectarCAM prototype camera, and a Consortium dinner on the first floor of the Eiffel tower in Paris (see right picture below). 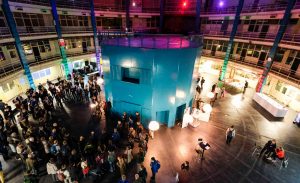 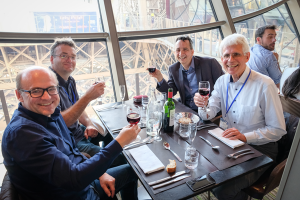 Visit out Flickr page for more photos from the event.