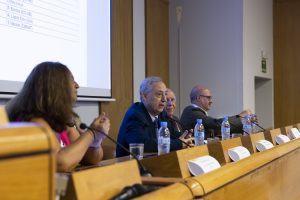 On 20 September, nearly 60 representatives from the Cherenkov Telescope Array (CTA) Project and the Cherenkov Telescope Array Observatory (CTAO), as well as from the broader Spanish astronomical community, participated in a conference called “CTA Spanish Day” to share and analyze the latest project news and advances from the different Spanish groups. It was hosted by the Center for Energy, Environmental and Technological Research (CIEMAT) in Madrid, Spain, and was attended by scientific and institutional representatives, such as Nicanor Colino (Director of the CIEMAT Fundamental Research Department), Domenec Espriu (Director of the State Research Agency), Inmaculada Figueroa (Deputy General Director of Internationalization of Science and Innovation of the Ministry of Science and Innovation), Juan Cortina (Coordinator of the CTA Project in Spain) and Federico Ferrini (Managing Director of CTAO). 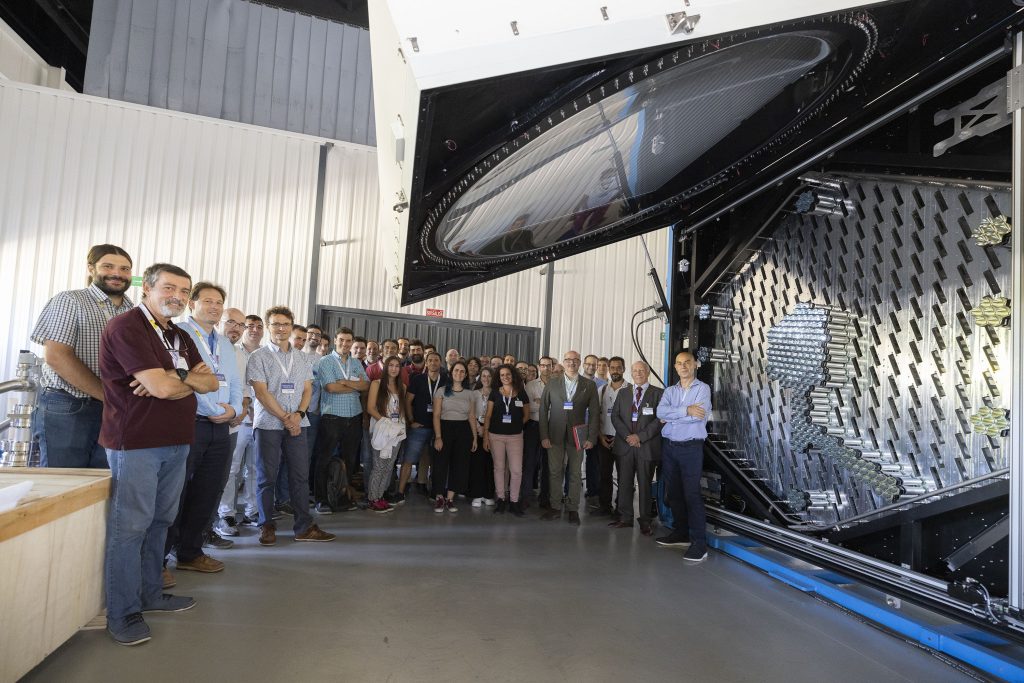 Participants of “CTA Spanish Day” next to the camera of one of the future LSTs. Credit: CIEMAT 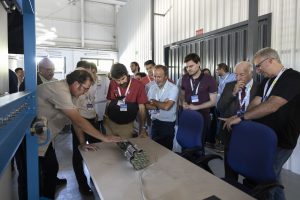 The event, which was sponsored by the Astronomy Infrastructure Network and the Spanish Astroparticle Network, received scientists and engineers from the different groups that represent “CTA-Spain.” In addition to presenting and discussing the latest results, attendees were able to visit the camera of a future Large-Sized Telescope (LST), one of the three types of telescopes that CTAO will use to cover its broad energy range and that will be responsible for detecting the lowest energy gamma rays. CIEMAT participates in the design and construction of these cameras within the LST Collaboration and was responsible for the design and integration of the mechanics of the camera and the signal distribution system of the LST-1, the prototype of the LST that is located on the CTAO Northern Array Site on La Palma (Canary Islands), where it is under commission until its formal acceptance by CTAO.

Spain, member country and host of the CTAO Northern Array, plays a fundamental role in the progress of the project, both within the LST Collaboration and the Medium-Sized Telescope (MST) group. For the former, Spanish contributions focus on key elements like the camera or the azimuth system, as well as on the software analysis and data storage for the LST-1. For the latter, the Spanish research community has contributed to the development of NectarCam. Additionally, Spanish members work on the development of instruments for monitoring the atmospheric conditions at the CTAO Northern site and collaborate as active members in the different scientific and data analysis working groups of the Cherenkov Telescope Array Consortium (CTAC), where they represent 10% of the community.

Read the announcement by CIEMAT.