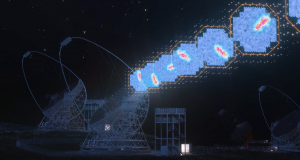 On 1 June 2021, the CTA Observatory (CTAO) announced that it is adopting the Gammapy package as the Science Analysis Tools for the Observatory. The CTA Science Analysis Tools (hereafter Science Tools) is a software package for the scientific analysis of CTA data. It is one of the core products that the CTA Observatory will provide to the world-wide science community during the lifetime of the observatory. The Science Tools are the interface to that community and are envisioned as a set of the highest quality software tools with documentation and tutorials that are rich in functionality and allow any user to create flexible and interoperable analysis workflows that enable the science analysis of CTA data. In addition to the science community’s use of the Science Tools, the software plays an integral role in the science operation workflows of the CTA Observatory, itself. The tools are part of the pipelines for science verification, both in the automated on-line and off-line analysis workflows, and of the CTA science platform for interactive access to results by the science users.

For the implementation of the Science Tools, two independent packages were developed over the years by two different teams: ctools and Gammapy. However, due to their implementation details and philosophy, the two packages cannot be merged.

To decide between the two proposed solutions, the CTAO worked with the CTAO Scientific and Technical Advisory Committee (STAC), which is a group of independent experts formed to advise the CTAO Council and provide advice and recommendations based on the assessment of the scientific and technical activities carried out for the CTA project. The CTAO issued a Request for Information (RFI) to both teams for their written input. At a virtual meeting in May 2021, the groups presented their proposals and responded to questions from the STAC members together with the CTAO Managing Director Federico Ferrini, Project Manager Wolfgang Wild, and Computing Coordinator Stefan Schlenstedt. The STAC made its final deliberations in a closed session, and, in line with the STAC recommendation, the CTAO decided to adopt the Gammapy package as the Science Analysis Tool for the Observatory.

“Once again we have been faced with making a difficult decision between more than one viable solution for the observatory,” says CTAO Project Manager Wolfgang Wild. “We are grateful for the immense amount of work both teams put into developing their products, but we are also excited that we are finally at the point in the project where we are finalizing major decisions that move us closer to constructing and operating the Observatory.”