CTAO Releases the Layout of its Arrays for the Alpha Configuration

The CTAO recently released the layouts that define the geographical position of the elements (telescopes, calibration systems and atmospheric characterization devices) that will compose the two CTAO arrays according to the approved Alpha Configuration. Obtained in a joint work between CTAO and CTAC, the particular configuration is the result of a thorough optimization process meant to maximize the scientific performance of the two CTAO arrays: the CTAO Northern array, on the existing Instituto de Astrofísica de Canarias’ (IAC’s) Roque de los Muchachos Observatory on the Canary island of La Palma (Spain), and the CTAO Southern array, at the European Southern Observatory’s (ESO’s) Paranal Observatory in the Atacama Desert (Chile).

The layout of the CTAO Northern array (Figure 1) includes the location of 13 telescopes distributed over an area of about 0.5 km2: four Large-Sized Telescopes (LSTs) and nine Medium-Sized Telescopes (MSTs), in addition to the calibration and atmospheric characterization equipment. The array, which is optimized for the CTAO’s low- to medium-energy range (20 GeV – 5 TeV), will specialize in extragalactic sources. The elements and their corresponding locations in this array are contingent on the approval of the construction permits released by the local authorities on La Palma, which is being managed by the IAC. 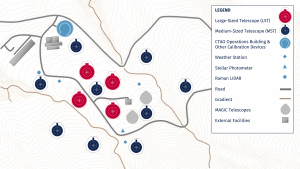 Figure 1. Layout of the CTAO Northern array on La Palma (Spain), including the elements defined in the Alpha Configuration.

The CTAO Southern array includes 51 telescopes over a ~3 km2 area (Figure 2), consisting of 14 MSTs and 37 Small-Sized Telescopes (SSTs), as described in the Alpha Configuration, as well as calibration and atmospheric characterization systems. This telescope configuration allows the southern array to focus on Galactic targets, optimizing its capabilities on the CTAO’s medium- and high-energy range (150 GeV – 300 TeV). The Alpha Configuration does not consider LSTs in the CTAO Southern array, but it includes the preparation of the foundation for four of them, as well as the foundation for three more SSTs, to allow for the construction of these telescopes in a future enhancement of the array. The positions of these telescopes are also included in the layout.

The released layout coordinates correspond to the so-called “as-requested coordinates,” which positions the elements in a configuration that ensures the most outstanding scientific performance. Small modifications may occur based on local geophysical constraints and other factors revealed during the engineering design and construction. However, any shift in the final positions would be limited to less than ten metres, preventing any relevant difference in terms of performance. This guarantees that both arrays will achieve 5 to 10 times better sensitivity than any current instrument.

Read more about the CTAO arrays and the corresponding performance on our website. 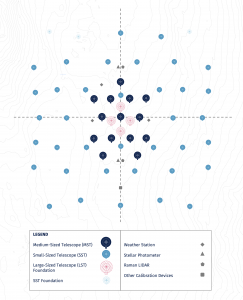 Figure 2. Layout of the CTAO Southern array in the Atacama Desert (Chile), according to the Alpha Configuration.