Journey through the Extreme Universe: Transients 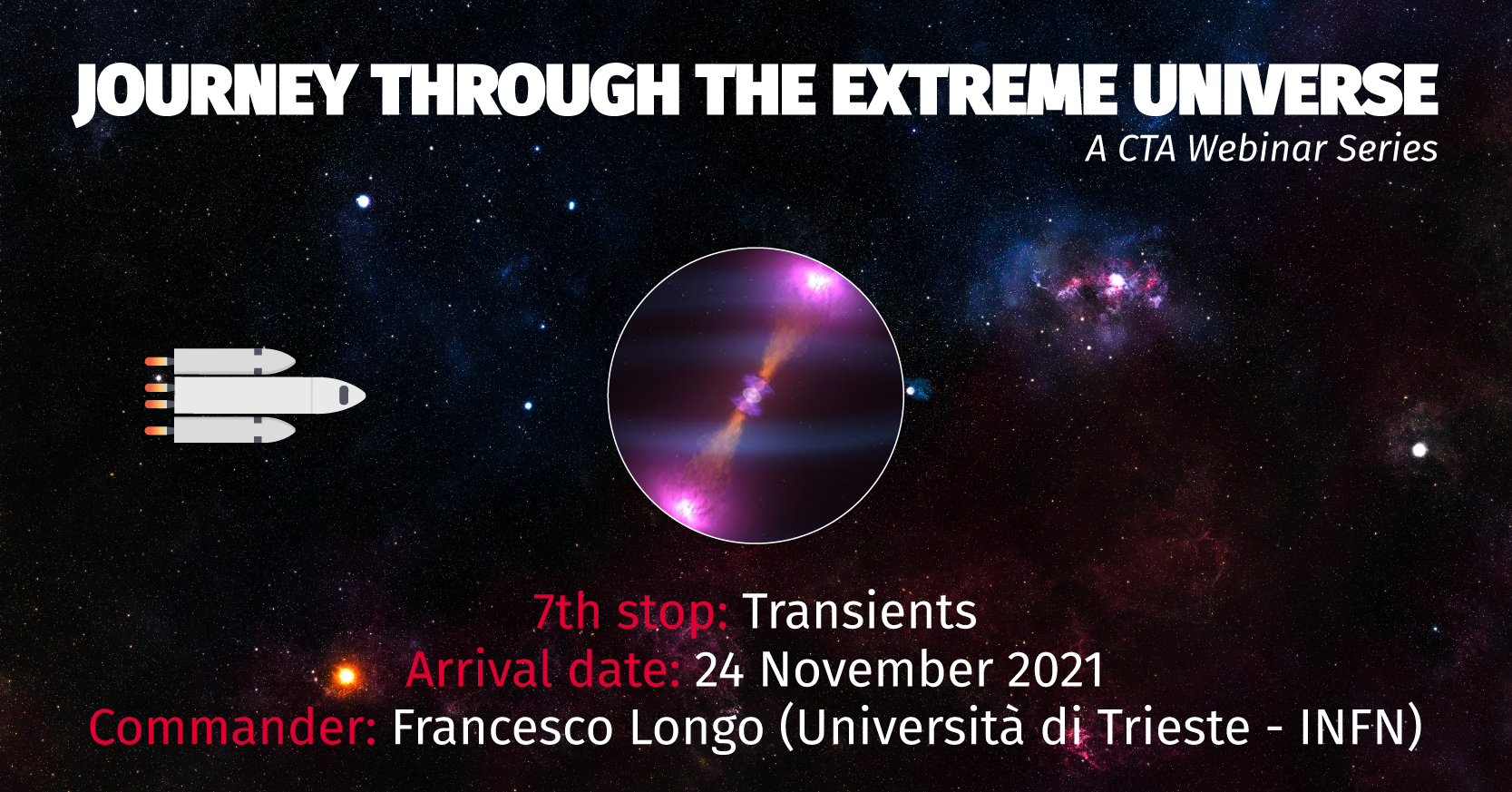 Transients are powerful cosmic phenomena with a rapid increase of activity that typically lasts a short amount of time and that sometimes are associated with the destruction of an astronomical source! In the 7th webinar of the series, Francesco Longo (former coordinator of the CTA science working group on transient sources) will explain why CTA is interested in transient gamma-ray sources and how we can catch these elusive phenomena. He will introduce examples of transient sources in our Galaxy and beyond it, including the enigmatic Gamma-Ray Bursts, an explosion of gamma-ray radiation originated by the death of massive stars or by the merger of neutron stars.