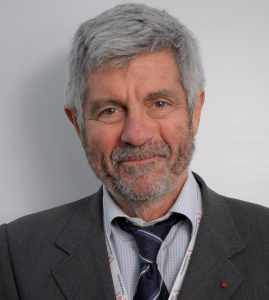 It is with deep regret that we acknowledge the passing of our dear colleague and friend, Prof. Giovanni (Nanni) Bignami on 24 May 2017. Prof. Bignami performed pioneering work in astrophysics, in particular in X-ray astronomy and gamma-ray astronomy, where he was deeply involved in many key projects including the COS-B, SAS-2, XMM-Newton, Fermi, INTEGRAL and AGILE missions. Among many other duties, he served as Director of the Centre d’Etude Spatiale des Rayonnements in Toulouse, as President of COSPAR – the Committee on Space Research, as President of the Italian National Institute for Astrophysics (INAF) and as Chairman of the Board of the Square Kilometre Array (SKA). His numerous prizes and honours include the Bruno Rossi Prize of the American Astronomical Society, the Blaise Pascal Medal for Astrophysics of the European Academy of Sciences, the Von Karman Award of the International Academy of Astronautics and the esteemed recognition as an Officier de la Légion d’Honneur de la République Francaise.

Prof. Bignami also played a crucial role in CTA. He served as Vice-Chair of CTA’s international Scientific and Technical Committee (pictured below), advising the project over many years of design and prototyping. As President of INAF, he initiated the strong and highly visible Italian participation in CTA, and he catalysed and supported the ASTRI Project to build a demonstrator array of CTA’s small-sized telescopes. He was one of the signatories founding the CTAO GmbH, which serves as the legal framework for the development of CTA, and contributed to welcoming CTA’s Headquarters to Bologna. Prof. Bignami also stipulated a programme to support large-scale telescope development and production by industry, as a crucial element towards realizing CTA.

We are deeply affected by the loss of our colleague and friend. All of CTA owes Prof. Bignami a great deal of thanks for his significant contributions – we will miss his charisma, advice and kind guidance. Our thoughts are with his wife, Patrizia Caraveo, and with his family, colleagues and friends in Italy and around the world.