From 8-10 November 2022, a panel of CTAO and external experts conducted the Critical Design and Manufacturing Review (CDMR) of the Medium-Sized Telescope (MST) structure in Berlin (Germany). After the evaluation, the panel concluded that the MST structure has successfully undergone the review and that the CDMR will be considered officially passed after completing a few high-priority action items. This technical gate review ensures that the design of the MST meets the CTAO specifications and requirements.

The CDMR, jointly organized by the CTAO Project Office and the Deutsches Elektronen-Synchrotron (DESY) group, began in May 2022 with the preparation of the review documentation by the MST team that was submitted to the panel in July/August. The submission included an extensive data package covering 29 topical areas, as defined in the review plan published beforehand. A panel of independent external experts and members of the CTAO revised the documentation and participated in the face-to-face meeting this week in Berlin, led by Stefano Stanghellini, CTAO Telescope Coordinator, and Nick Whyborn, CTAO Lead Systems Engineer. Among the experts were those with expertise in science and scientific performance, mechanical engineering and structural analysis, systems engineering, control systems, software, RAM, quality assurance, safety, electrical systems EMC, and civil engineering and management.

The panel were impressed by the dedication and work of the MST team, and did not find any obstacles that would prevent the MST structure for passing the review. As agreed with the MST team, a few high-priority action items will be addressed, after which the CDMR will be considered officially passed.

The MST will be the CTAO’s “workhorse,” optimized to detect the CTAO’s core energy range, from about 150 GeV to 5 TeV. The approved Alpha Configuration for the CTAO includes 23 MSTs – 14 in the southern hemisphere and 9 in the northern hemisphere. Read more about the MST in the dedicated webpage. 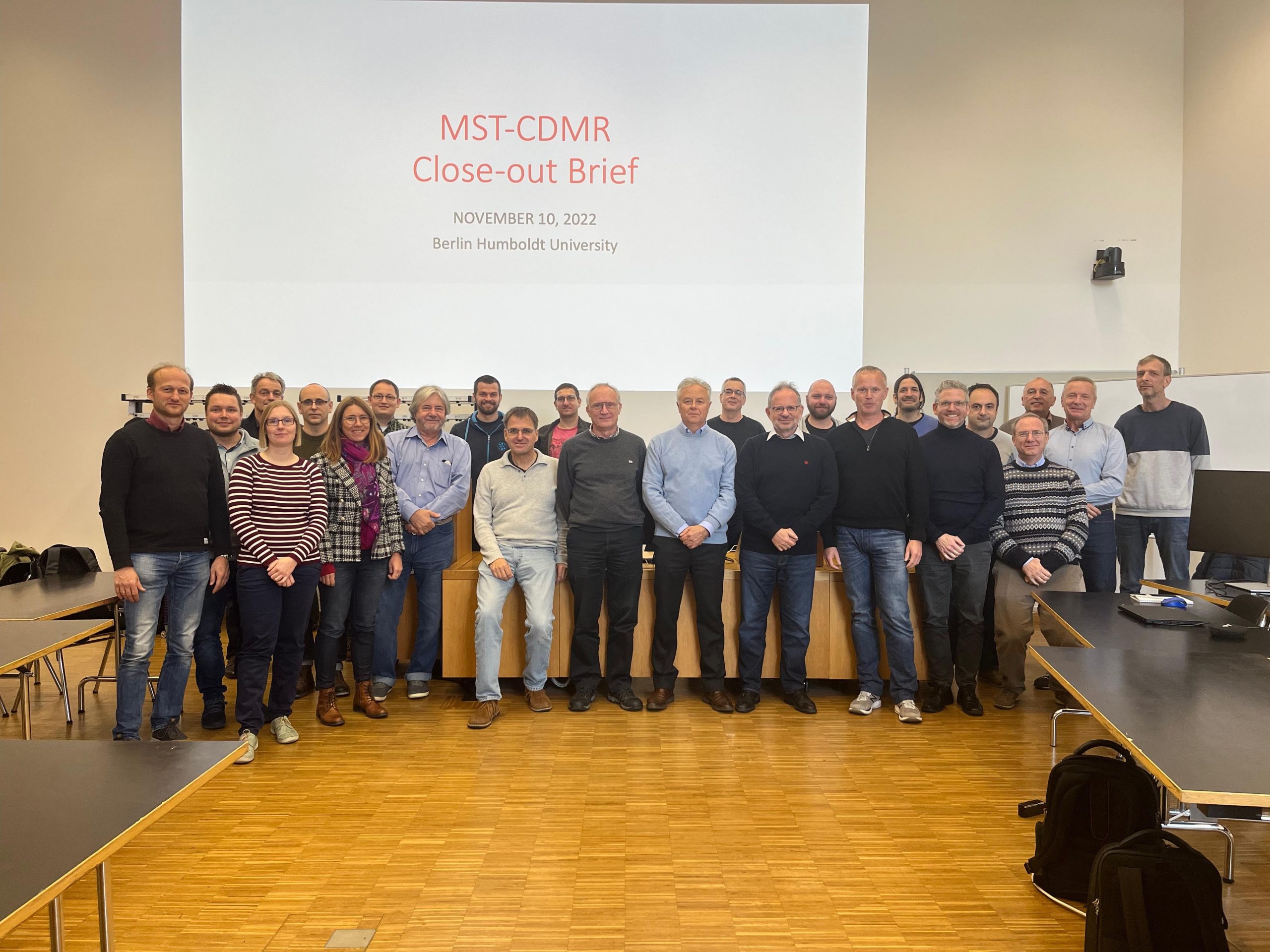