»CTA's three classes of telescope will provide a broad energy coverage from billions to trillions the energy of visible light.« 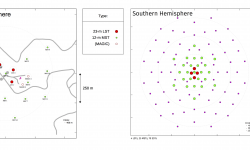 Once the mirrors reflect the light, the CTA cameras capture and convert it into data. Each telescope has its own variation of camera, but the designs are all driven by the brightness and short duration of the Cherenkov light flash. A Cherenkov light flash lasts only a few billionths of a second and is extremely faint. The cameras are sensitive to these faint flashes and use extremely fast exposures to capture the light. Photomultiplier tubes (PMTs) or silicon photomultipliers (SiPMs) will convert the light into an electrical signal that is then digitised and transmitted.

Beyond performance specifications such as light collection power, point spread function (PSF), pixel size and field of view, emphasis is placed on improved reliability and good maintainability compared to current generations of telescopes. The below table includes the detailed specifications of the proposed telescopes as of December 2019: 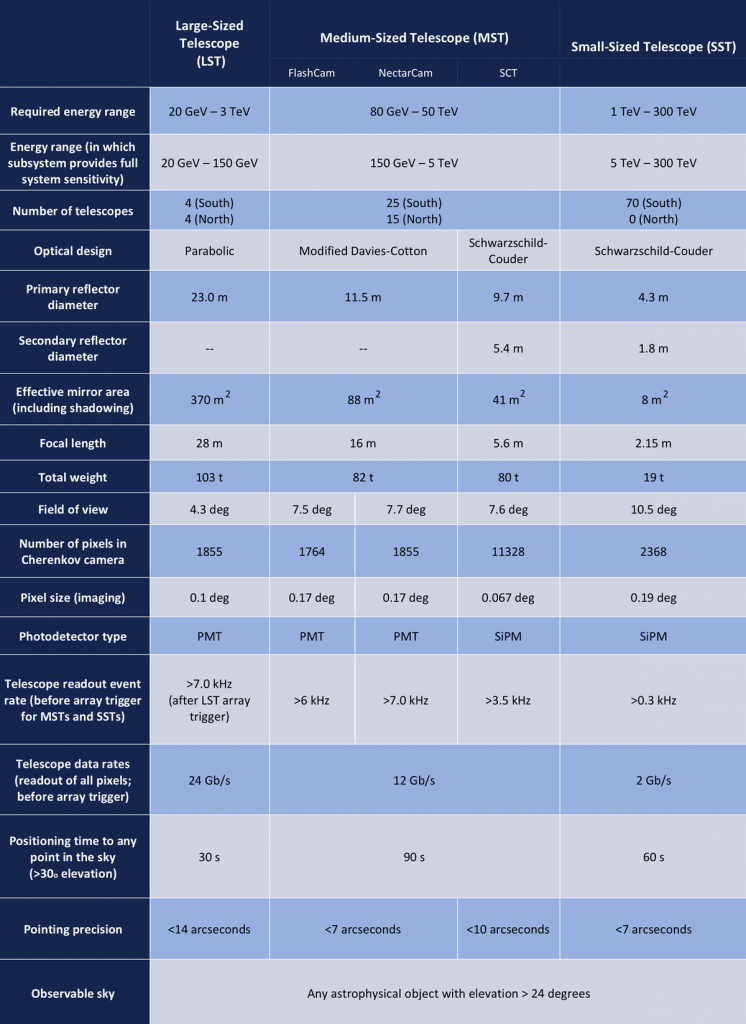 CTA will provide very wide energy range and excellent angular resolution and sensitivity in comparison to any existing gamma-ray detector. Energies up to 300 TeV will push CTA beyond the edge of the known electromagnetic spectrum, providing a completely new view of the sky. To learn more about CTA’s expected baseline performance based on detailed Monte Carlo simulations of the facility, go to the CTA Performance page.

Prototypes exist for all of the proposed telescope designs and are now undergoing testing before they are considered for acceptance by the CTA Observatory. Check out the LST in La Palma on the left and the SCT in Arizona on the right: