On Wednesday, 2 March 2022, the first stone-laying ceremony for the Cherenkov Telescope Array Observatory (CTAO) Science Data Management Centre (SDMC) took place at the Deutsches Elektronen-Synchrotron (DESY) campus in Zeuthen, Brandenburg (Germany). To celebrate this milestone, Brandenburg’s Science Minister, Manja Schüle, and Head of the Sub-Department Large-Scale Facilities and Basic Research at the Federal Ministry of Education and Research, Volkmar Dietz, participated in the ceremony on campus, together with the Managing Director of the CTAO gGmbH, Federico Ferrini and the Chairman of the DESY Board of Directors, Helmut Dosch.

“DESY scientists have been involved in major international research projects in astroparticle physics for decades. The decision to locate the Scientific Data Management Centre of the international gamma-ray observatory CTAO in Zeuthen greatly enhances this research location in the state of Brandenburg, which is internationally established with researchers from more than 30 nations and has regional roots at the same time. Soon, not only will enormous amounts of data be processed and coordinated there. There will also be rooms for lectures, training and – more important than ever – for meetings,” says Manja Schüle, Minister of Research of the State of Brandenburg. “I am convinced that science and research will continue to bring people together in the future. But since Russia’s war of aggression on Ukraine, trusting institutional cooperation with Russian and Belarusian institutions is no longer possible. That is why we support DESY’s decision to suspend all scientific cooperation with Russia and Belarus. Science and research build bridges – but these must be built by both sides. In the face of this war in Europe, there must not and cannot be a simple ‘business as usual’. We are fully on the side of the peace- and freedom- loving people in Ukraine – and of all scientists who have spoken out against the war. I am certain that the new Science Data Management Centre will be a jewel in the Brandenburg research landscape – and build new bridges.” 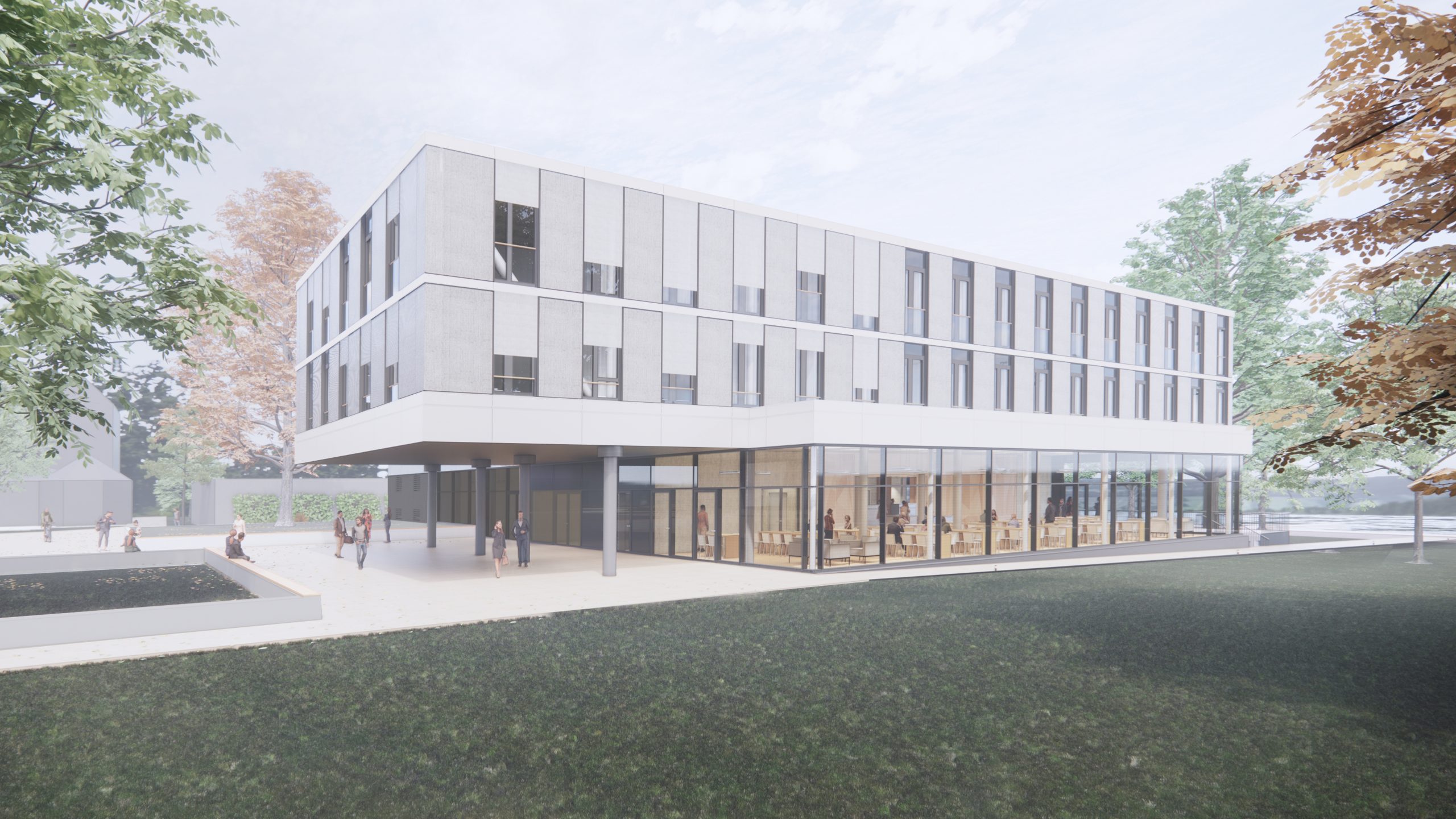 The SDMC will be located in a new building complex on the DESY campus in Zeuthen (Germany). Rendering credit: Heinle, Wischer und Partner | Freie Architekten

The SDMC will be the science data gateway of the CTAO, the first ground-based gamma-ray observatory and the world’s largest and most sensitive instrument for the detection of gamma rays. Tens of Petabytes (PB) of simulated as well as processed data gathered at both CTAO telescope sites, one in Chile and one in Spain, will be generated, further processed and accessible at the SDMC. CTAO will be the first observatory of its kind to provide open access to its data and analysis tools worldwide.

Additionally, the SDMC will host the CTAO Computing Department, in charge of designing and implementing software systems that support science activities from accepting observation proposals to scheduling observations, controlling the telescopes, processing and archiving the data at all levels, and disseminating data products and science tools to the public using open standards and FAIR (findability, accessibility, interoperability, and reusability) principles.

“With the new CTAO SDMC, DESY in Zeuthen is taking another big step towards becoming an international centre for astroparticle physics in Germany and one of the most innovative research centres in the region,” says Helmut Dosch, Chairman of the DESY Board of Directors.

DESY is already now one of the largest scientific institutions in Brandenburg with approximately 280 employees. The construction of the SDMC will create about 60 additional jobs. In addition, more guest scientists will visit the institute in the future, with an estimation of up to 400 people working in the campus.

“The CTAO is a truly international project. At its two sites in Chile and La Palma, it will generate large amounts of valuable data to be analysed by the growing worldwide community of astrophysicists and particle physicists,” says Federico Ferrini, Managing Director of CTAO. “It is great to see the SDMC building up here in Zeuthen as one of the crucial ingredients for the success of the CTAO.”

Read DESY press release (in English and in German) in the following links:

The new SDMC building, located directly at Lake Zeuthen, will provide ~1200 square metres of usable space in a flat base building and a cantilevered office block above. Approximately 500 square metres are also planned for a new canteen, which will cater for the increasing number of future employees on campus.

The building is being financed as part of an institutional grant to the Helmholtz research centre DESY with federal funds of around 9.9 million euros and funds from the state of Brandenburg amounting to 1.1 million euros. The SDMC building is to be certified with a Silver rating under the Sustainable Building Rating System. Construction work began at the end of 2021 and move-in is scheduled for 2023.

The Cherenkov Telescope Array Observatory (CTAO; www.cta-observatory.org) will be the first ground-based gamma-ray observatory and the world’s largest and most sensitive instrument for the detection of high-energy gamma rays. The CTAO’s unparalleled accuracy and unprecedented energy range (20 GeV- 300 TeV) will provide novel insights into the most extreme and powerful events in the Universe, addressing questions in and beyond astrophysics falling under three major themes: Understanding the origin and role of relativistic cosmic particles, probing extreme environments (such as the vicinity of black holes) and exploring frontiers in physics (including the study of dark matter). To do so, CTAO has two telescope array sites: One in the northern hemisphere in La Palma, Spain, and one in the southern hemisphere in the Atacama Desert, Chile. The headquarters of the CTAO is hosted by Italy and the National Institute for Astrophysics (INAF) in Bologna, and the Science Data Management Centre is hosted by Germany and the Deutsches Elektronen-Synchrotron (DESY) in Zeuthen. CTAO will also be the first of its kind to be open to the world-wide astronomical and particle physics communities as a resource for data from unique, high-energy astronomical observations.

The preparation of the design and implementation of the CTAO is managed by the interim legal entity CTAO gGmbH (CTAO gGmbH) until the final legal entity is achieved, the CTAO ERIC (European Research Infrastructure Consortium) in charge of the construction and operation of the Observatory. The CTAO gGmbH is governed by the CTAO Council, composed of shareholders from 11 countries and one intergovernmental organisation (ESO), as well as associate members from two countries. The CTAO gGmbH works in close cooperation with the CTA Consortium (CTAC), a group of more than 1,500 scientists and engineers working from 25 countries that contribute to the definition of the instrument design and

Deutsches Elektronen-Synchrotron (DESY; www.desy.de) is one of the world’s leading particle accelerator centres and investigates the structure and function of matter – from the interaction of tiny elementary particles and the behaviour of novel nanomaterials and vital biomolecules to the great mysteries of the universe. The particle accelerators and detectors that DESY develops and builds at its locations in Hamburg and Zeuthen are unique research tools. They generate the most intense X-ray radiation in the world, accelerate particles to record energies and open up new windows onto the universe. DESY is a member of the Helmholtz Association, Germany’s largest scientific association, and receives its funding from the German Federal Ministry of Education and Research (BMBF) (90 per cent) and the German federal states of Hamburg and Brandenburg (10 per cent).

Renderings of the SDMC 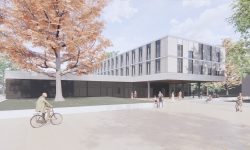 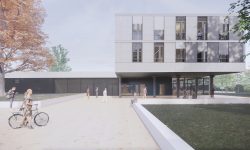 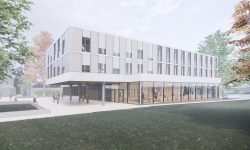 Guidelines for Usage of CTA Media Materials and Images