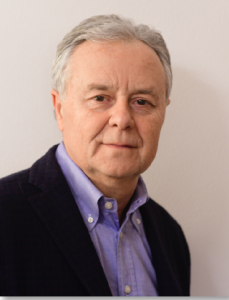 Meet the CTA Observatory’s (CTAO’s) Telescope Coordinator, Stefano Stanghellini. Stefano is a senior engineer who has spent a large part of his career in the design, construction and procurement of telescope systems and the management of telescope groups in an international environment. After graduating in Nuclear Engineering at the University of Bologna (Italy), he was initially employed as a structural engineer in the nuclear and aerospace industries. After joining the European Southern Observatory (ESO) in 1990, he contributed to recent ESO telescopes, including the Very Large Telescope (VLT), Visible and Infrared Survey Telescope for Astronomy (VISTA), Atacama Large Millimeter/submillimeter Array (ALMA) and, more recently, the Extremely Large Telescope (ELT).

At the VLT, Stefano was in charge of various key subsystems, including the optomechanics of the primary and secondary mirrors. He then went on to assume the role of system engineer during the initial design phase of the VISTA survey telescope and later became responsible for the overall management of the contracting of the of the 25 ALMA antennas and two antenna transporters. In his most recent role, he led and managed the group responsible for the ESO ELT dome and telescope structure, now under construction in Chile. Stefano also has served on various international committees related to other non-ESO telescope projects.

Given that the telescopes represent the biggest sub-system of the CTA Observatory, the Telescope Coordinator role is integral to the overall success of the project. When Stefano assumes the role on 1 March, he will serve as the primary interface between the Project Office and the telescope teams, working closely with the potential telescope In-Kind Contribution (IKC) providers in the areas of telescope design and manufacturing, detailed scheduling, assembly, integration and verification, inspection and test procedures, and the resolution of problems. He will support the IKC agreement negotiations for the telescopes and be responsible for conducting telescope sub-system reviews, monitor the telescope construction work by the IKC providers and organize the telescope acceptances.