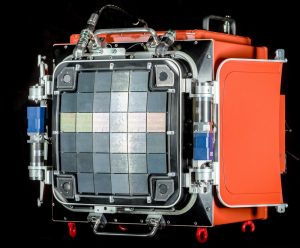 On 21 May 2021, CTA Consortium member Jacco Vink (University of Amsterdam) was awarded with a 1.5 million euro grant from the Netherlands Organisation for Scientific Research’s (NWO’s) Investment Grant NWO Large programme, allocated for the production of Small-Sized Telescopes (SSTs) cameras for the CTA-South array in Chile. The project will be led by Vink in collaboration with other Dutch CTA members and groups from the University of Amsterdam (Sera Markoff and Christoph Weniger), the University of Groningen (Manuela Vecchi and Andrey Baryshev) and its NOVA lab, where the mass-production of the cameras’ focal plane units might be performed.

Over the years, the Dutch teams have been especially involved in the definition of scientific cases and prospects within the CTA Consortium, but this grant allows their contribution to the technological development of the CTA Observatory (CTAO).

“I am very excited that the Netherlands can also contribute to the construction of this important observatory,” explains Jacco Vink. “The grant shows that the support of CTA in the Netherlands is growing, and we will make an effort to simultaneously increase the interest of Dutch scientists in CTA and grow the gamma-ray community in the Netherlands.”

The NWO grant will potentially be used towards the provision of elements for the SST cameras, based on the Compact High Energy Cameras (CHEC) prototype design. The SST cameras will each consist of 2048 silicon photo-multiplier pixels forming approximately a 9o x 9o field of view when installed on the smallest of the CTA telescopes, the SST. The SSTs will cover the highest end of CTA’s energy range (1-300 TeV) and thus, they are optimized to observe the most extreme accelerators in the Universe, known as PeVatrons, and star-forming regions. The full-scope configuration for the CTA southern hemisphere site array, CTA-South, located in the Atacama Desert in northern Chile is expected to include 70 SSTs spread out over a diameter of about two kilometres.

The Netherlands is currently part of the CTAO gGmbH Council as an associate member. The CTA Observatory is expected to transition to its final legal entity as an ERIC (European Research Infrastructure Consortium) in 2022, after which construction on the sites will take place for around five years.