Frank Kameny: From Astronomer to Activist for LGBTQIA+ Rights

It is likely that Frank Kameny, who was born in 1925 in New York City, did not think about activism in his early life. It was only after experiencing discrimination in his pursuit to explore the Universe, that he ended up becoming one of the most committed LGBTQIA+ rights movement activists of the past century.

In fact, after World War II, he followed his passion for the stars and space and, under the supervision of the eminent astronomer and physicist Cecilia Payne-Gaposchkin, earned a PhD in Astronomy at Harvard University. His thesis was based on the observation and photoelectric measurements of RV Tau stars and yellow semiregular variables from 1952 to 1954. He then started teaching at Georgetown University and later became an astronomer at the U.S. Army Map Service in 1957. 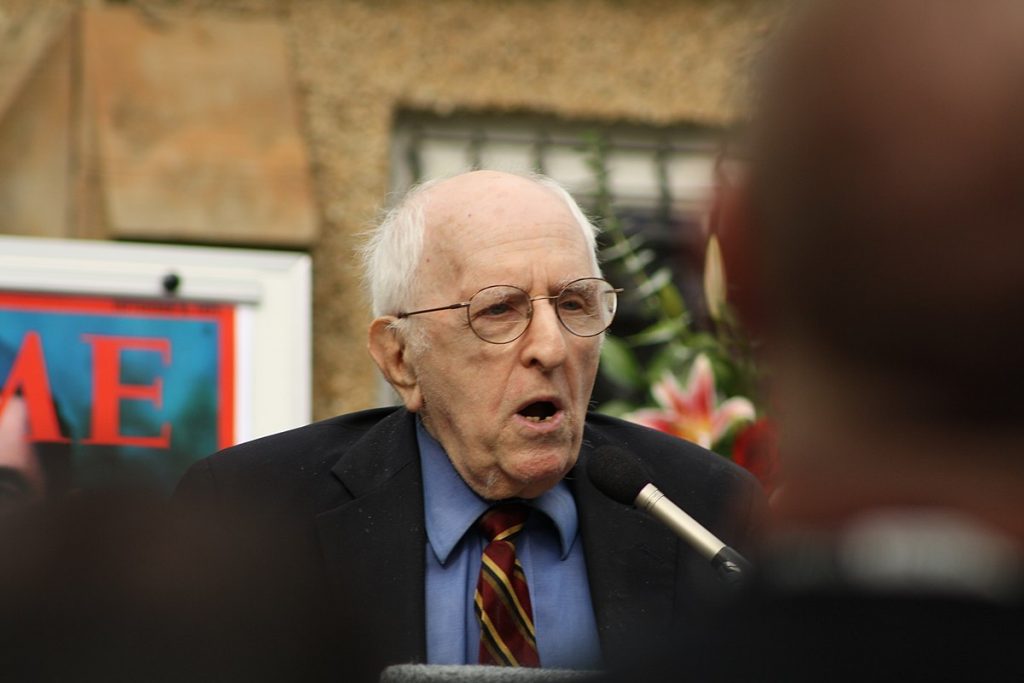 However, despite his excellent education and work, Frank Kameny was fired after a few months from the Army, when they discovered that he had previously been arrested because of his homosexuality or what they called “lewd conduct.” Unfortunately, in that period, he was one of many people fired due to discriminatory policies against homosexuality followed at the time.

After losing his appeal, he was barred from applying for any other federal employment for three years. This was quite the paradox considering his education and profession were in high demand at the time in the “race to space.” But it was this rejection that ignited his passion for what became his life-long commitment to fighting injustice.

Between 1958 and 1959, while he struggled to work in academia and private industry under difficult financial conditions as money was barely sufficient for food, he discovered the Mattachine Society, a secret organization that advocated for homosexual rights. In 1965, he helped the Society organize a protest in front of the White House, the first to be organized by a homosexual organization in Washington DC. Together with the Mattachine Society, Kameny also planned the first Pride Parade in New York in 1970. 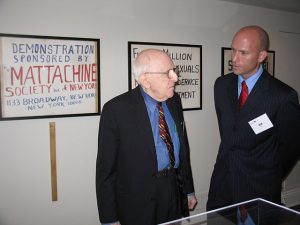 In the same years, he supported many employees that were fired only because of their sexuality and acted as a first point of contact to mediate with lawyers. Moreover, he used his name to write letters condemning homophobic behaviours – a brave and strong message in times when very few dared to disclose their sexual orientation.

And in 1973, Kameny joined forces with Barbara Gittings, leader of LGBTQIA+ rights movement, to take his activism even further by successfully challenging the American Psychiatric Association to remove homosexuality from the list of mental disorders.

Kameny’s story is an inspiration to many for a variety of reasons the first being for his courage, teaching us that no-one should give up their true self and should fight for the right to be themselves, even if they often stand alone against many more formidable opponents. He also teaches us commitment, integrity and perseverance by bringing his determination and skill to his fight for equality. Finally, Kameny teaches us that one voice can be powerful but many are a force for change – his collaboration with many other activists to create a network to raise awareness about sexual orientation and diversity helped create a foundation for activism and change that we continue to build upon today.

Thus, Kameny’s legacy, which started in Astronomy and led to him becoming one of the most significant figures in the LGBTQIA+ movement, was and still is fundamental to achieve an inclusive society and scientific field. Nowadays, there is still a lot of work to do in STEM (Science, Technology, Engineering and Mathematics): A recent study (Cech and Waidzunas, 2021) on LGBTQIA+ workers in STEM workplaces reports that they are more likely to experience episodes of harassment and social marginalization. Moreover, the loss of career opportunities and devaluation of their work are also common experiences. As a consequence, many LGBTQIA+ professionals (22%) have thought to leave the STEM field, thus leading to a loss of knowledge, experience and technological innovation in the scientific area. Therefore, it is key to continue making inclusion one of the core rights of all working environments.

The end of Kameny’s scientific career was a loss for science but a win for LGBTQIA+ rights. But how many other marginalized people and their potential contributions to science have been lost, as well?  Thanks to Frank Kameny and all the activists from our past, present and future, there is a path forward for equal rights for all in society and science.

The A.P.A. Ruling on Homosexuality – The New York Times (nytimes.com)