June 4 Press Event to be Held in Lugano, Switzerland in Conjunction with CTA Consortium Meeting

direct all questions to:

The Swiss press is invited to attend an event on 4 June 2019 at 18:00 at the Palazzo Congressi in Lugano, Switzerland highlighting the Swiss contribution to the exploration of the high-energy Universe.

During the week of 3 June, the Cherenkov Telescope Array (CTA) will hold its CTA Consortium meeting at the Lugano Convention Centre. More than 1,400 scientists and engineers from 31 countries across five continents and more than 200 research institutes are participating in the CTA project.  Hosted by CTA Consortium members the University of Geneva,  ETH Zurich and the University of Zurich, as well as the Swiss National Computing Centre (CSCS), the event is expected to attract hundreds of scientists from around the world. CTA is a global initiative to build the world’s largest and most sensitive high-energy gamma-ray observatory with 118 telescopes split between two sites: one in the northern hemisphere on the island of La Palma, Spain, and the other in the southern hemisphere near Paranal, Chile. CTA will be the foremost global observatory for very high-energy gamma-ray astronomy over the next decade and beyond and will be the first ground-based gamma-ray astronomy observatory open to the world-wide astronomical and particle physics communities. CTA will probe cosmic particle accelerators reaching energies inaccessible to man-made accelerators. It will seek to understand the impact of high-energy particles to the evolution of cosmic systems and to gain insight into the most extreme and unusual phenomena in the Universe: remnants of supernova explosions, rapidly spinning neutron stars, black holes and normal stars in binary systems or large clusters, gamma-ray bursts, star-forming galaxies, supermassive black holes and whole clusters of galaxies. CTA will also search for annihilating dark matter particles and deviations from Einstein’s theory of special relativity.

After more than a decade of design studies of the Cherenkov Telescope Array led by a Consortium of scientists, the CTAO gGmbH was established in 2014 to direct the design and implementation of CTA with the University of Zurich, representing Switzerland, as a founding member. Today, the CTAO is composed of shareholders from 11 countries, one intergovernmental organisation (the European Southern Observatory), as well as associate members. Activities related to the study of the high-energy Universe started in the 1990s at the University of Geneva and at ETH Zurich. Swiss scientists have been actively pursuing the development of CTA since 2007, in particular in the construction of novel solid-state Cherenkov cameras (pioneered by ETH Zurich and developed at UniGe), a Small-Sized Telescope protoype (UniGe), mirror actuators (pioneered at ETH Zurich and continued at UZH), camera housing and electronics (UZH), and in data processing activities (UniGe and ETH Zurich) and the study of the high-energy Universe (UniGe, ETH Zurich, UZH), permitting Swiss scientists to participate in the core of CTA science and contribute to the success of CTA as an open observatory. From 2016 to 2017 the CTAO was managed by Prof. U. Straumann (UZH) and became a landmark on the roadmap of the ESFRI (European Strategy Forum on Research Infrastructures). CTA was also identified on the Swiss roadmap for research infrastructure in 2015 and 2019, and the Swiss parliament opened a credit line for CTA in 2016. Lugano was chosen as the site of the next CTA consortium meeting to showcase Switzerland’s world-class capabilities in the handling of large amounts of scientific computation and data. 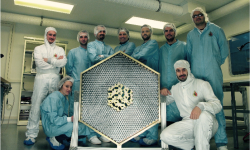 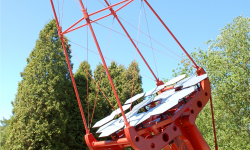 This event will feature presentations from the chairs and members of the Astroparticle Physics European Consortium (APPEC), the Swiss Institute of Particle Physics (CHIPP), the State Secretariat for Education Research and Innovation (SERI), Polythechnical schools and from CTA. The draft agenda is as follows:

Please RSVP and direct all questions to: